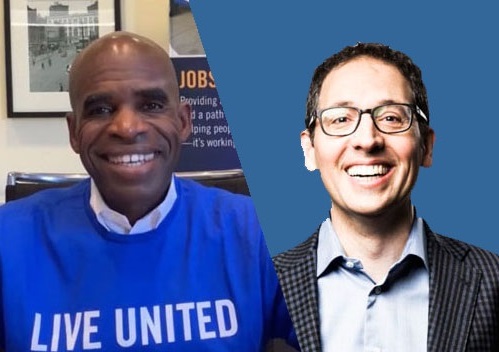 In conversation with United Way of King County CEO Gordon McHenry, Jr., PMD '96, and Microsoft CMO Chris Capossela '91, discover how you can make a difference in challenging times through your engagement, service, and support. All proceeds from this event will support United Way's COVID-19 Community Relief Fund.

Share in a discussion with Gordon McHenry, Jr., PMD '96, CEO of United Way of King County, and Chris Capossela '91, Microsoft's Chief Marketing Officer and - together with his wife, Leigh Toner '91 - United Way's 2019-2020 Campaign Co-Chair.  Together, they will discuss their careers, philanthropy, and how their organizations have partnered and pivoted to address COVID-19's impact on our local community - with time for your questions in a Q&A moderated by United Way Volunteer Engagement Director Liahann Bannerman '85.  We will also briefly review the year's events and programs, recognize the HCS Volunteer of the Year, and elect board members and officers (vote here).

Registration:  Free for Members | $25 for Non-Members

All proceeds from this event will support United Way's COVID-19 Community Relief Fund, which helps the most vulnerable among us access food relief and rental assistance during these troubled times. 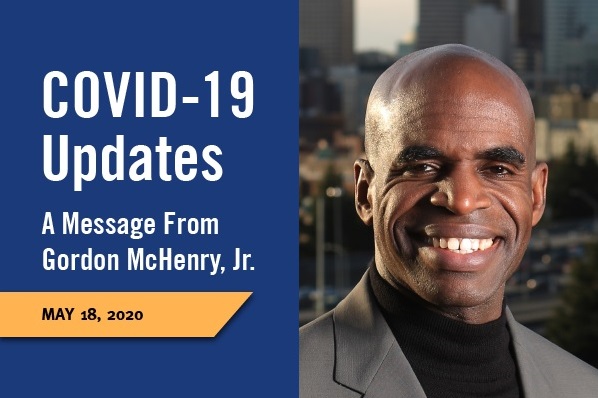 Problems with your Harvard Key?  Please contact us. Sorry, no refunds for this event.

Gordon McHenry, Jr., PMD '96, serves as CEO of United Way of King County, working to help people in need and solve our community's toughest challenges. Earlier in his nonprofit career, he led Solid Ground, a Seattle-area nonprofit that works to dismantle poverty, and the Rainier Scholars, which champions educational opportunity for young people of color. Before that, he spent twenty-one years in philanthropy at The Boeing Company, including a position as Director of Global Corporate Citizenship for the Northwest. His father was the first African-American engineer promoted into management at Boeing, as well as the first person in his family to graduate from college. A lawyer educated at Georgetown University, Gordon McHenry, Jr., is a native Seattleite and attended Cleveland High School and Seattle University, which named him Alumnus of the Year in 2013. He completed the Program for Management Development at Harvard Business School in 1996. 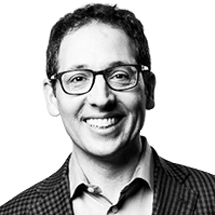 Chris Capossela '91 is Microsoft's Chief Marketing Officer and Executive Vice President for worldwide Consumer Business. He is passionate about Microsoft’s mission to empower every person and organization on the planet to achieve more, and, together with his wife, Leigh Toner '91, he currently serves as the Campaign Co-Chair for the United Way of King County. Chris Capossela joined Microsoft in 1991 as a marketing manager for the Windows Seminar Team, and in his more than 25 years at Microsoft, he has held a variety of leadership positions, including a stint as Bill Gates' speechwriter. Originally from Boston, his interest in technology began when, as a boy, he wrote a reservation system for his family’s small Italian restaurant using dBase for DOS on an early IBM PC. He holds a bachelor’s degree in computer science and economics from Harvard University and lives in Seattle with his wife and two daughters. 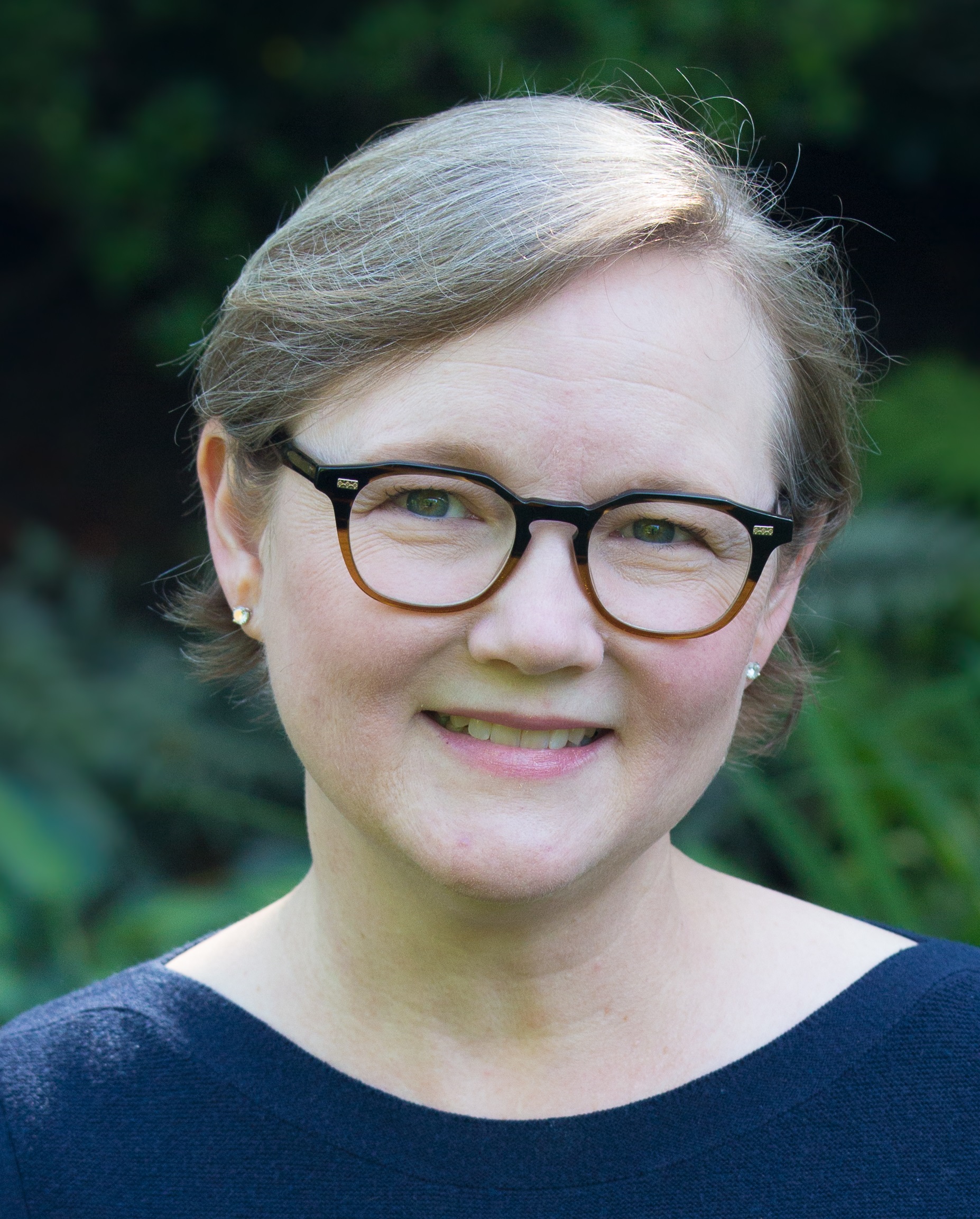 Leigh Toner '91 is a community volunteer. Along with her husband, Chris Capossela '91, she is the Campaign Co-Chair for the United Way of King County. She is a Trustee of Seattle Girls’ School and has also served on the University Prep Parent Council. She spent ten years as a volunteer in Seattle Public Schools, where she worked as a library assistant, in the classroom, and on PTA special projects. She is an avid cook and specializes in gluten-free menus. From 2003 until its close in 2018, Leigh Toner volunteered as an instructor’s assistant at the Bon Vivant School of Cooking in Seattle. Previously, Ms. Toner worked in marketing and customer service for Sun Precautions in Seattle and Everett. She also worked for the Radcliffe College Alumnae Association in Cambridge, supporting reunions and special events. Leigh Toner is a graduate of Harvard University with a bachelor’s degree in American history and literature.

Liahann Bannerman '85 is the Director of Volunteer Engagement at United Way of King County. She received a BA in Psychology from Harvard University and an MBA from Seattle Pacific University.  Before joining United Way, she worked for an advertising firm, a music company, and a local human services agency.  Liahann Bannerman currently serves on Leadership Tomorrow’s board after ten years on their Curriculum Committee –including a year as chair. She was appointed by Governor Inslee to serve as a commissioner for Serve Washington, the state’s commission for national and community service. She is active in Social Venture Partners, Seattle Art Museum’s Education and Community Engagement Committee, Philanthropy Northwest’s Membership Committee, YWCA's People of Color Executive Council, the United Way Worldwide Volunteer Engagement Council, Seattle MLK, Jr. Organizing Coalition, and volunteers for a variety of other community-based organizations and initiatives in the area.